Ok, you got me. Ringo Starr did not come to Mexico.

But… I did get asked if I was Ringo Starr??? How this works I don’t quite know. Let me explain images for free without registration.

I recently travelled to a small city in the north of Mexico called Lerdo in the state of Durango. Lerdo is a beautiful little city, really showing the heart of Mexican culture and tradition gis data. Lerdo is famous in Mexico for its charming parks and local ice cream made from fresh milk.

I went to a park Lerdo as there was some kind of Christmas festival going on, even a Mariachi band performing herunterladen.

While the Mariachi band was playing, an old Mexican man starts to get quite involved in the singing, I mean really involved. The crowd seems to be paying more attention to this man than the actual Mariachi band herunterladen.

Once the Mariachi band had finished playing, the old man comes up to me and mumbles some Spanish, lucky I had a translator with me. It seems as though this man had seen me in the crowd, noticed I was clearly not Mexican, and decided to take it upon himself to perform for me – “I was singing for you” the translator told me onenote 2016 kostenlos download. Do I really look so foreign to Mexicans? I guess I was in a small city where not many foreigners travel, so with my red face and sun burnt arms – maybe I do stick out a little herunterladen. 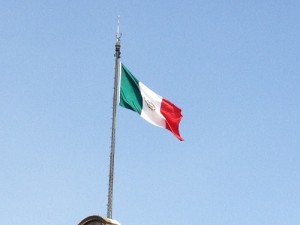 Needless to say, the man thought I was an American wie kann man bei netflix serien herunterladen. No sir, the translator told the old man that I was from London, “Ahhh are you Ringo Starr?” Do I take this as a compliment or not? The man was so happy to meet a guy from London that he even bought me one of those famous Lerdo ice creams arabische klingeltöne kostenlosen. Let’s just say that the ice creams certainly live up to their reputation, I even went back for second.

Mexican people really are some of the friendliest people you can ever meet; obviously there are some who are not so friendly lego batman 3 kostenlos downloaden. But in general, Mexicans are so warm and welcoming especially when they find out I am from London. I don’t know, maybe it’s the accent, but I would like to think that is just simply my friendly personality…