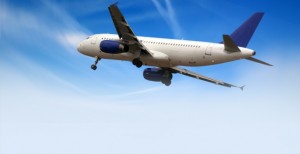 Short or long flights what is better

Personally for me, the short answer to this is the long haul flight. Now let me explain why.

Imagine, you just take your first EVER flight over two hours long, this was me 2 years ago on my way to Mexico, specifically to Torreon – a city in the north of Mexico. I had heard before that Torreon is not exactly the best place for a tourist but I was willing to give it a go, you know, try new things and all.

My flight took me from London to Houston and from Houston to Torreon. I was just happy that my flight from London to Houston was an easy flight. This was my first ever long haul flight, I was nervous as hell. But my flight experienced hardly any turbulence, I even THOUGHT about getting up to use the toilet – how about that for confidence? But I saw sense in the end and sat my ass back down.

But now, brimming with confidence from my successful long haul flight, it was time for my short haul flight from Houston to Torreon. Hell, after a 10 hour flight, a 2 hour flight to Mexico is nothing, Right?

This is where you will understand why I prefer long haul flights over short haul flights.

We are boarding the flight to Torreon in the smallest plane I had ever seen – 1 seat – aisle – 2 seats. This was the layout of the plane. If I stretched my arms out I could probably touch both sides. Anyway, I thought it’s not a big deal – I have just done a 10 hour flight I pretty much feel like superman at the moment.

And then the flight attendant says to the guy sitting in front of me: “Sir, would you mind moving to the front of the plane, we need to balance the weight of the plane or the plane WILL go down.”

Even the flight itself was a horrible journey! Turbulence all the way through, shaky plane and a pretty shaked up Ricky.

Of course this is just my preference; you are all welcome to your own opinions, naturally.