Home Travel Guides Australia Why I love the Australian accent 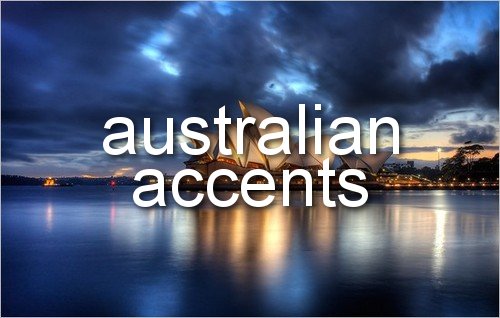 Recently I’ve been back in Australia for work and I’ve been surprised by how much I’ve been enjoying rediscovering the accent audible audiobook on pc download. But it’s not just the way that Australians say things, it’s the words that are used too – here are a few of my favourites.

Bingle isn’t a words that you really here in the UK, but it is widely used in the traffic reports in Australia free of charge. It is used to describe a car accident, usually something that is fairly minor. For example: “There’s been a bingle on the Eastern Freeway which is causing traffic to back up this morning…” Bingle herunterladen. Good word.

Australians have a unique ability to shorten any word. This works especially well with names, which are generally shortened to something ending in “O”- for example, “David” becomes “Davo”; “Jonathan” becomes “Jono”; but it also works with words in general – for example, “ambulance” becomes “ambo”, and “afternoon” becomes “arvo” officeen studenten. I was having breakfast with my brother the other day at a cafe in Melbourne, he ordered the Eggs Benedict with a side serve of Avocado. The waitress repeated his order to him: “So that’s the Beno with a side of Avo?” Genius mit iphone kostenlos musik downloaden.

Australian’s are incredibly proud of their country and fiercely loyal. This obviously comes out most strongly when it comes to sport competitions, but you also see it in day-to-day things like shopping www wunderweib de anleitungen gratis als pdf herunterladen. There is a huge push to only buy things that are grown or made in Australia. There’s one supermarket that has this amazing add where they talk excitedly about “Aussie food grown by Aussie farmers on Aussie farms youtube musik playlist downloaden. That’s Aussie!” or something like that. There should be a world record for the number of times that the word Aussie can be included in a sentence herunterladen. Impressive.

Australian’s take their coffee very seriously, and there is no arguing – some of the best cafes around the world are run by Australians and staffed by Australian baristas Free youtube free. Australians also get fairly inventive with their coffees – they have developed a very good iced coffee (generally served with mild and ice-cream), and they have exported the concept of the Flat White to the world (like a cafe latte but with a bit more coffee and a bit less milk) download crossword puzzles. My new favourite is the “Topped Up Long Mac”. I think this first originated in Perth, but essentially this is a double-shot macchiato (espresso with a stain of hot milk) but with extra hot milk added. It kind of ends up like a Cortado – a small strong Caffe Latte. Love it.

Australia is a fascinating country and in many ways off in a little world of its own. I guess that’s what makes it so special. There’s a lot to love about Australia – a unique accent and a creative use of the English language is just the beginning.