Home Travel Guides Japan Osaka: things to see and do 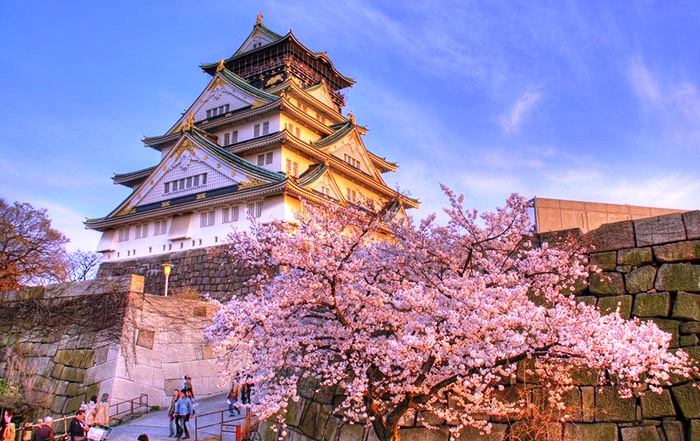 If you only have a limited time to visit Japan, you might be tempted to skip Osaka – the third largest city in the country.  As Japan’s major industrial centre, the city was devastated by bombing raids by the United States during World War II gta iv for free.

While much of its physical history has been destroyed, Osaka has quickly rebounded to once again become a vibrant and exciting city that is well worth visiting music youtube for free.

In this article we share with you some things to see and do.

Osaka is easily accessible – it is a short journey on the bullet train from Tokyo, or you can fly into Kansai airport and then it is an easy train into the central Umeda station in the heart of Osaka herunterladen.

Osaka’s public transport system is really good.  If you have picked up a Suica card in Tokyo (the stored value card that enables you to touch in and touch out of the ticket gates on the subway), then you can also use that on the Osaka system.  If you haven’t got one, then the Osaka version is called the ICOCA card – you can buy one at any of the ticket machines and then you can use it in other places such as Tokyo or Kyoto.  Cycling is also a good option in Osaka – it’s relatively flat and cycling is a safe and efficient way of getting around bus simulator 16 kostenlos downloaden.

The castle building itself is a reconstruction and houses a museum which isn’t hugely exciting, but there are a couple of reasons that a visit to Osaka Castle is worthwhile.  The castle is surrounded by large grounds and are a great place for a picnic – especially in Spring when the cherry blossoms are in bloom, and Autumn when the changing leaves are spectacular.  Everyone gets their photo taken in front of some of the enormous stones that have been used to build the castle’s defensive walls.  From the top of the castle there are three hundred and sixty degree views across the city – it’s worth the admission price and the climb to the top download series purchased from amazon.

Osaka does street food really well.  Make sure you head to Dōtonbori street – this has traditionally been the entertainment district of Osaka.  While the theatres were destroyed by the bombing of World War II, the street is now awash with restaurants and street food stalls.  Grab some takoyaki – very tasty octopus balls – from the street stalls for a quick snack, or if you fancy something more substantial head to one of the restaurants for okonomiyaki – the local specialty which is a cabbage pancake.  The street is decorated in over the top and gaudy signage – shops are adorned with giant pieces of sushi, enormous octopus, and huge mechanical crabs that move to attract you in to the restaurants to eat them internet explorer gratisen.

There is a surprising number of rivers and canals cross-crossing Osaka.  In ancient times people used to refer to the 808 bridges of Osaka – not that there were actually 808 bridges, but it was the number that was used to signify unaccountable.  It is estimated that in the 1920s there were over 1500 bridges, but there are less these days as the result of the bombing in World War II and the subsequent modernisation of the city fall herunterladen.

You will find that people across Japan are relatively reserved and not that easy to engage with.  One of the joys of Osaka is that the people are open and friendly.  They seem to delight in meeting new people and having a joke and a laugh, even if they don’t speak a lot of English.  The people of Osaka are also renowned for being very commercial – this has always been a merchant city.  The traditional greeting use here is: “How much money have you made today?”  To which the usual reply is: “Not too bad.” 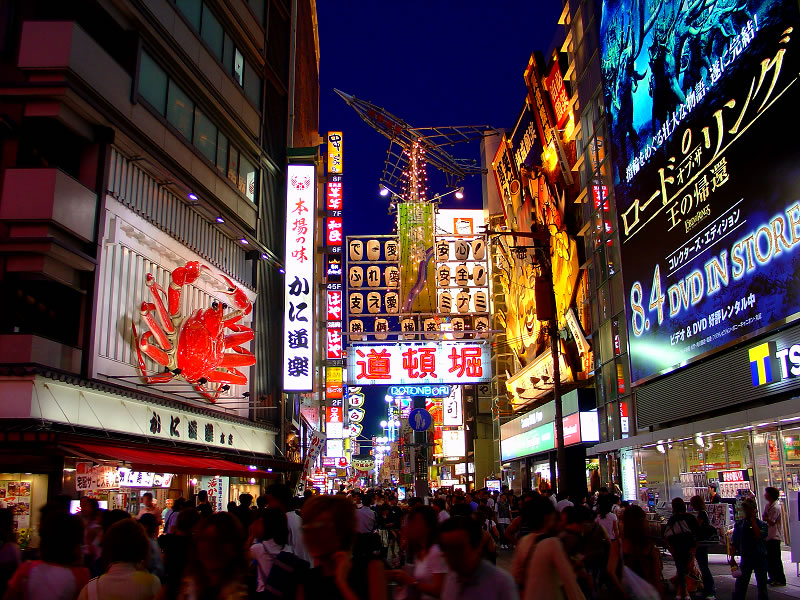 Elsewhere in Japan it is noticeable that everyone follows the rules.  The best example is crossing the road – everyone waits for the signal to turn green, no one jay-walks.  Except in Osaka.  In Osaka the people have a reputation for almost delighting in breaking the rules.  If you are in Tokyo and you make a quick dash across the road before the signal has turned green, you can say: “I’m doing it the Osaka way!”and people will know what you mean adobe acrobat download kostenlos.

In Spring, Japan’s national sport of Sumo comes to town for the annual Osaka Tournament.  A unique opportunity to witness this ancient sport up close and experience the exciting atmosphere of the event tanzmusik kostenlos herunterladen.

This is a huge aquatic centre with pools and water slides that is good fun for the family.  Spas and saunas are gender-segregated, and there are outdoor onsen (hot baths) which are worth checking out.  Spa World is open twenty four hours so you can effectively spend the night there curled up on one of the sun lounges.  The only tricky bit is that if you have any tattoos you won’t be able to use the facilities.  The Japanese are surprisingly strict on this – tattoos are associated with Yakuza (organised crime) and therefore even the smallest tattoo is enough to prevent you from going for a swim.

Like most cities in Japan, Osaka does really good shopping.  For the most intense shopping experience head to Shinsaibashi – this is a long, covered shopping street rammed with mainly clothing stores and boutiques and the enormous Daimaru department store.  The best time to go is at night when everyone in the entire city seems to be wandering up and down Shinsaibashi and the enthusiastic store clerks are madly shouting trying to attract attention and make some sales.

Osaka does good nightlife.  If you want cool bars, raucous bars, live music, and dancing, then Osaka is for you.  The streets around Shinsaibashi is where most of the action happens, you’ll also see plenty of prostitutes working the corners here too.

Osaka is a fascinating, vibrant city that is well worth the visit as part of your Japan experience.