Well it would make sense to start at the beginning – my life in London.

I love London. I love everything about London, I love to walk along the River Thames during the summer, get crowded in along London’s busy streets while feeling like I am the one who is a tourist, feeling frustrated at the London Underground – you name it in London – I’ve done it. London will always be home to me.

I have lived in London all my life, well until I was 22 at least.

As a young man living in London, I can certainly tell you all the best hot spots for nightclubs and bars in London… even the best spots for shopping in London. I would say I know London like the back of my hand – but that would be a lie. Sometimes it is a blessing that I have my IPhone for Google maps to guide me around London! 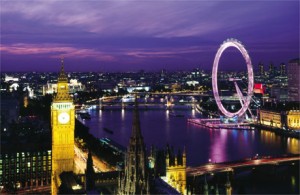 As most young Londoners, before I became the ‘Londoner Abroad’, my life consisted of work during the week, and play during the weekend. London is such a multicultural and diverse city, I feel like I am in a mini world of its own when I am in London – just another Londoner amongst a whole world of nationalities and cultures.

I always try and come back to London every few months to see family and friends. London is my city and always will be, except when it’s raining… which is around 350 days a year.

So that is number 1 on the cities where I have been – the city I was born and raised and the city that shaped me – London town!