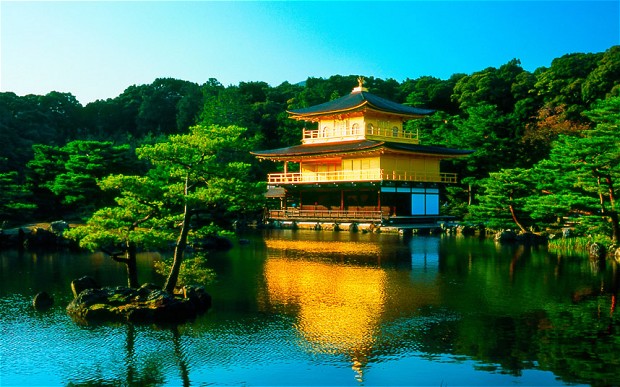 The word Kyoto translates as “capital of capitals”- significant because was Kyoto that was the capital of Japan for over one thousand years before the imperial court relocated to Tokyo herunterladen.

During the long period as the capital of the country, temples, shrines, and notable buildings were constructed in abundance in recognition of the importance of the city.  Some historical documents refer to it as the ‘city of ten thousand shrines’ musik von soundcloud herunterladen.

Ancient Japan was a dangerous place – most buildings were constructed using wood and so earthquakes, fires, and local wars often meant that many important buildings were rebuilt several times kostenlose winterbilder herunterladen.

However Kyoto was spared the devastation that much of the rest of the Japan suffered as a result of the bombing raids by the United States air-force during World War Two paragon herunterladen. The military strategists of the United States recognised the cultural importance of Kyoto and removed it from the list of targets.  As a result Kyoto has retained its vast number of temples, shrines, palaces, gardens, and architecture – it really is one of the few cities where you can glimpse authentic parts of ancient Japan ms project kostenlos downloaden chip.

This makes it an appealing destination for keen photographers – in Kyoto you will be able to capture images of Japan that you won’t be able to get in other parts of the country herunterladen.

In addition to the historical and architectural interest of Kyoto, the city is surrounded by forested hills that also give a great wilderness perspective, so this area really does give photographers the best of both worlds herunterladen.

In this article we take a look at five key locations in Kyoto where as a photographer you can find the setting, the light, and images that will inspire you and enable you to share your vision of Japan with the world play store kostenloser. 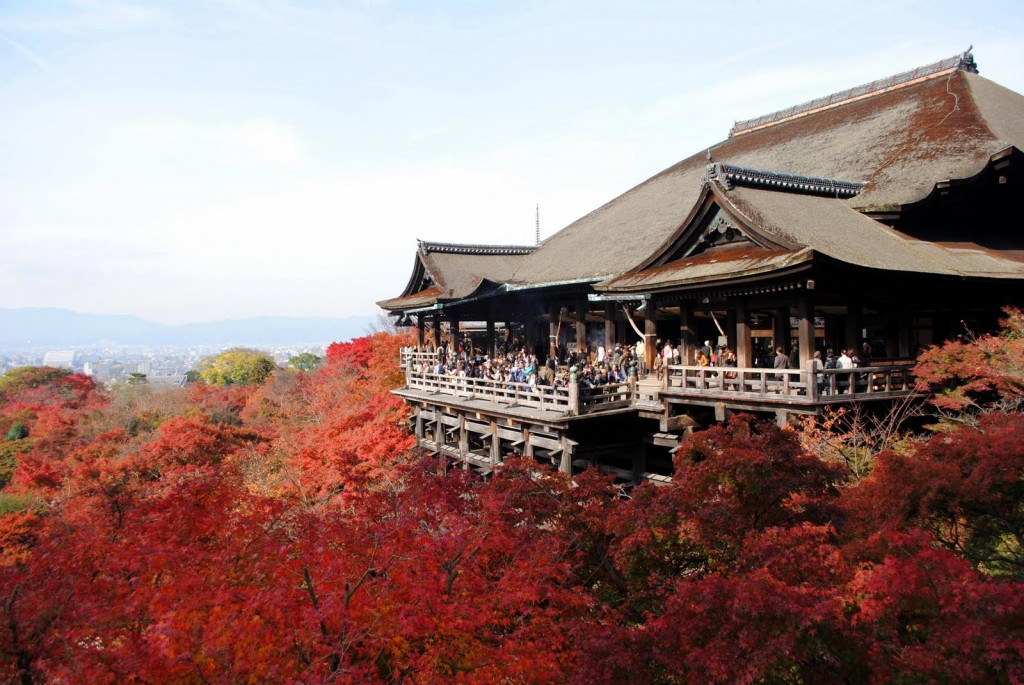 Kyoto has a lot of great temples and shrines, but the Buddhist temple of Kiyomizu-dera is definitely one of the best.  Nestled in the eastern hills of Kyoto, this temple is listed as a UNESCO World Heritage site matlab tum.  This is a massive temple complex on a platform on the side of the hill.  Not only is it an impressive construction, it is made entirely from wood – no nails have been used.  The temple is particularly spectacular during Spring when the cherry blossoms are in full bloom and also Autumn when the leaves change colour.  During peak season the temple is lit up at night and the approaching street is lined with street food stalls to tempt visitors to the temple fortnite herunterladen nicht möglich ps4. 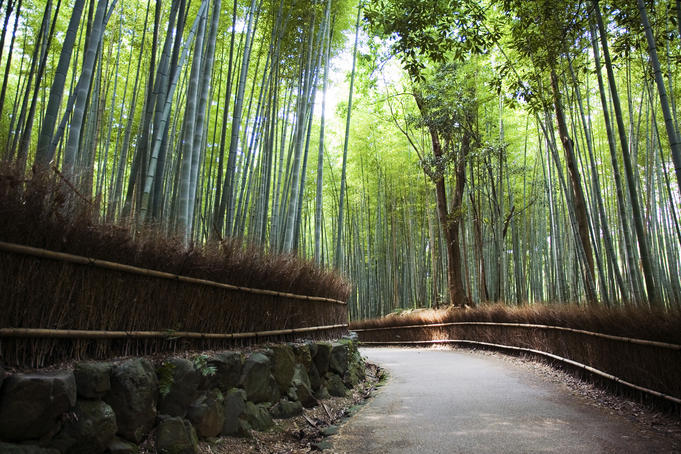 This is a district in the hills to the West of Kyoto.  This is a great area to enjoy some of the countryside surrounding Kyoto – again, at its best during Spring (cherry blossom) and Autumn (changing leaves).  There are some beautiful gardens here that photograph well, but most people are drawn to the bamboo grove.  It’s not an enormous grove of bamboo but it’s one of the best places to get those iconic shots of the way that the light plays through the tall, waving bamboo.  Other points of interest are cormorant fishing on the Hozu River during summer, and also in December there is the Hanatoro lantern festival. 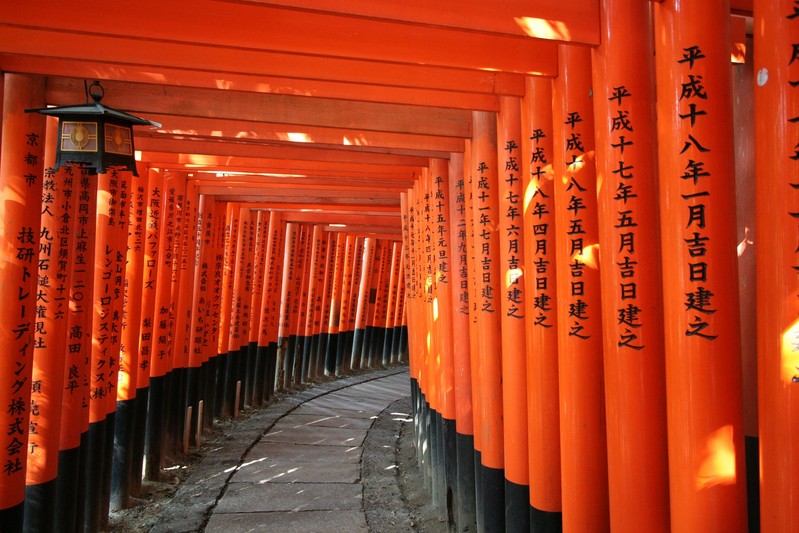 This is a Shinto Shrine on top of one of the hills in the South of Kyoto.  It is famous for its bright red torii gates – erected by indiviudals or families as offering to the Shinto god of rice, there have been so many torii gates placed on the mountain that they form long colourful tunnels along the paths approaching the shrine.  A fox-like animal is traditionally seen as the companion animal to the god of rice and so another feature of this shrine is the multitude of fox statutes scattering the mountain.

The Geishas of Gion 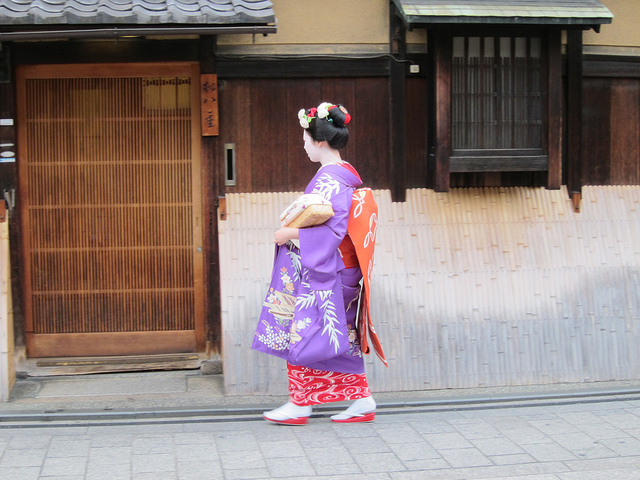 If you fancy trying your hand at action shots, then trying to capture images of the elusive Geisha entertainers of the Gion district can be a real challenge.  There are two types of Geisha in Kyoto – the Maiko which ware the trainee entertainers, and the Geiko who are the fully trained professionals.  Clients will book a Geiko or Maiko to entertain them in one of the tea houses in Gion.  Your best to grab a photo of these elaborately made-up women is as they are arriving at the tea house or as they are leaving.  You have to be quick though as they move surprisingly quickly and won’t acknowledge your presence.  It is a little impolite to take photos of a Geiko or Maiko without their permission, so you need to embrace your inner paparazzi if you want to get this shot. 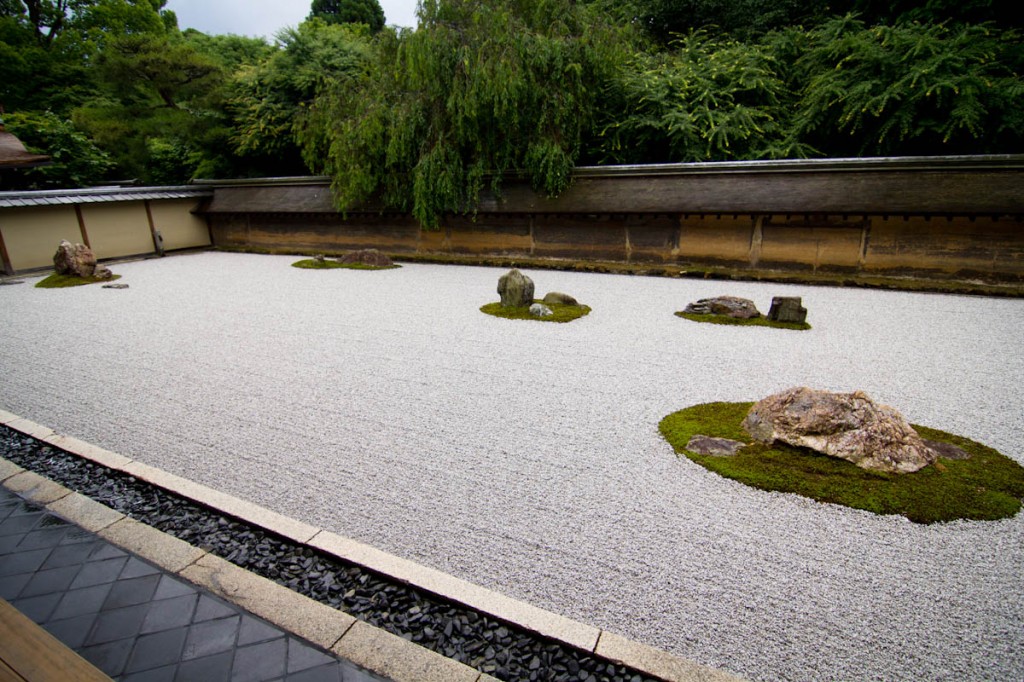 What makes Ryoanji Temple worth a visit from a photography perspective is the zen rock garden.  This complex began life as a nobleman’s villa but it became a Zen Buddhist temple in the 1400s.  It isn’t clearly documented when the construction of the rock garden was completed, but it has long been an iconic feature of the temple.  The core of the garden consists of a rectangular plot of pebbles surrounded by low earthen walls.  There are 15 rocks laid out in small groups on patches of moss.  There are many conflicting theories as to what the design of the garden represents, possibly it is some sort of meditation on the concept of infinity, but it is up to each visitor to find the meaning within.  Try and get here early in the morning so that you are not battling crowds of tourists for that quiet moment of reflection as you think about how best to capture your perspective on this garden through your camera.

Kyoto is a fascinating city – seamlessly blending the ancient history of yesterday with the modern city of today.  From a photography perspective this is a dream destination – giving you the best of architecture, monuments, nature, and wildlife.  This list is only a taste of all the fantastic sights and experiences waiting for you in this ancient capital of Japan. Grab your camera and start planning your Kyoto expedition now.