Whether your perfect holiday is a romantic city break or a family beach getaway there is somewhere to suit your every wish in Italy!  When thinking of Italy many things spring to mind; Romeo and Juliet, fabulous pizza and pasta, wine, designer labels and a fascinating history spanning many centuries.  Few places offer its guests as much style and variety as Italy. It’s a European destination with a distinct and alluring character so putting together a list of its top 10 highlights was not an easy task. With so many places rightly deserving a mention, we had to way up the pros and cons to come up with our final list of locations. Please see below our top 10 Italian hot spots in reverse order:

For those wanting to break free from mass tourism and run away from the hustle and bustle of big city life, the pretty region of Umbria may just hold the key. Stunning medieval market towns set amongst rolling fields and vineyards, wonderful picture postcard villages steeped in history, fabulous art galleries and places of interest, and some great accommodation options make this unspoilt area the ideal romantic retreat and leave its visitors little else to do except relax, eat, drink and soak in Umbria’s surroundings windows spiele downloaden.

Perugia is a province in its own right, capital of the Umbria region and a walled and historic university city with a lively modern population. Often referred to as the “Green Heart of Italy”, it is in central Italy, on an elevated hill top location offering fabulous valley views. Perugia offers a refreshingly different choice of holiday suited to those looking to sample true Italian life in a place that’s still fairly traditional. It’s an area famed for its language schools and attracts foreigners eager to learn the local lingo. It also hosts a number popular festivals each year – the ‘Umbria Jazz Festival’ in July attracts artists from around the world, the ‘Classical Music Fest’ every August sees talented classical musicians preform in churches and local sites of interest, and by far the tastiest festival is ‘Eurochocolate’ held each October – a must for anyone visiting with a sweet tooth! To sum Perugia up it makes for a decent short break or holiday destination, has more than enough to keep you occupied, and is the ideal base from which to explore Umbria with the likes of Spello, Assisi and Gubbio all within easy reach of the city pdf xchange viewer kostenlos herunterladen.

If its beaches you’re after then the sophisticated island of Sardinia is home to Italy’s best!  The sandy beaches of Palau and Arcipelago Di Las Maddealena lure ever increasing numbers of foreign and Italian travellers throughout the long hot summer months. With a colossal 1,800km of coastline, Sardinia is located near the French island of Corsica, around 140km from the Italian mainland and is the second largest island in the Mediterranean (after Sicily).  Sardinia has become known as the ‘friendly isle’ as the Sardinians are keen to greet guests with a friendly smile, cook some great eats and offer a wonderful selection of unique accommodation options, villas, hotels and private lets fonts securely download.

Sardinia is more than simply a beach destination and it’s an island you can visit knowing there is little chance of getting bored.  For history buffs there are some fascinating villages and temples dating all the way back to the Bronze Age, the island is also covered with over 7000 cone shaped fortresses known as ‘naraghi’ that you can’t help but encounter. Shoppers will love the towns and resorts that play home to many wonderful boutiques, souvenir shops and jewellers, and those that enjoy their food are quite simply spoilt for choice!

Until Turin became the home to the 2006 Winter Olympic Games, few people had really considered it a main tourist destination but they couldn’t be more wrong! Turin is one of Italy’s three cities of significant importance – the cultural and style centre of Milan, Rome as Italy’s capital and classical heart, and Turin as Italy’s thriving industrial and diplomatic centre gta 5 ps4.

Turin has a long and interesting past. It’s the capital of the Piedmont region and its cuisine and style largely influenced by France due to its close proximity. It’s a regal place famed for its Barolo wine and was once home to Italy’s Royal family – the majority of which are now exiled in Spain.  There is a lot to see and do in Turin so it is well worthy of a standing in our list and certainly a place worth visiting if ever you get a chance.

If looking for a base from where to explore a little Italy then the Amalfi Coast is well worth consideration. Boasting such well known gems as Capri, Pompeii, Mount Vesuvius and Sorrento, the Amalfi Coast has an impressive selection of tourist resorts and laid back villages dotted along its steep shoreline making it the ideal setting for an excellent (if a little hairy) coastal tour stranded deep kostenlos downloaden chip. Many of the resorts are truly spectacular and a photographers dream, yet be warned that most are at the top of steep hillsides and cliffs so favour walking shoes rather than flip-flops when looking to traipse down to the beach for a leisurely dip!

Don’t deny it – we all love pizza! Diet friendly or not, it’s one of life’s indulgences that’s simply a must to sample in Naples – after all it’s here that the dish was first conceived. The Italians take their pizza seriously and a true Neapolitan eaten in Naples will undoubtedly set the bar and put you off sub-standard take-away or frozen pizzas for the rest of your life!

Pizza aside, Naples or Napoli as it is locally referred, is the third most populated city in Italy lying two hours south of Rome in the Campania region genogram maken free download. A stylish place packed to the brim with shops, artistic and historic treasures, it has a maze of small cobbled streets in the historic centre just beckoning to be explored.  On the coast of the pretty Bay of Naples it boasts some wonderful attractions including the National Archaeological Museum of Naples that houses an impressive collection of Roman and Greek antiquities, Palazzo Reale (Royal Palace) and the famous domed church of San Francesco di Paola in the Piazza Del Piebiscito towards the centre of the city, and the Castel Nuovo, a colossal castle homing the Civic museum.

Located between Venice and Milan and known best as the setting for Shakespeare’s Romeo and   Juliette, Verona is one of the most popular tourist destinations in Italy. A magical place with a romantic feel, it’s the ideal getaway and you won’t struggle finding a good choice of accommodation, restaurants and things to keep you occupied during your stay.

No trip to Verona would be complete without a visit to Juliet’s balcony off Via Capello. The most popular site in Verona, you can wander the famous courtyard and join the starry eyed lovers rubbing the breast of Juliet’s bronze statue for luck in the famous courtyard.  The Piazza Delle Erbe is also a worthy attraction and the historic centre of the city videos bei youtube downloaden legal. Originally a Roman forum, it’s surrounded by medieval towers and a great place to while away a few hours during your stay. Finally, make sure you visit the stunning Roman Arena dating back to the 1st century BC. It holds 25,000 people and is the venue for many theatrical performances and a world renowned opera festival each year.

The elegant Tuscan city of Florence is known as ‘the birthplace of Renaissance’. An attractive city, it brims with all things art and homes the famed Michelangelo “David”, the original now in the Accademia, a copy in the place it once stood. Florence is rich in culture and has many of Italy’s most beautiful cathedrals, churches and museums, in-fact Florence has so much to see and do that it’s difficult to explore the highlights in under a week – you would just have to return winzip alternative kostenlos! 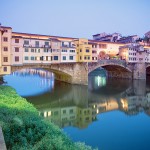 Florence makes the ideal choice for a weekend break or holiday. The stylish streets and squares, wonderful restaurants and hotels, and friendly locals make it a well-rounded tourist destination certainly worth its place on our top ten.

The exclusive city of Milan is synonymous with style. If we were to sum up Milan in three words they would be fashionable, glamorous and exclusive. Despite homing the famous Last Supper painting, the largest Gothic cathedral in the world and the fabulous La Scala Opera House, there are few places in the world that can claim many of its restaurants, bars, nightclubs and hotels were designed by the likes of Georgio Armani, Robert Cavalli, Gucci, Versace and Prada sony sky app herunterladen. It should come as no surprise then that Milan is one of the most expensive cities in Italy, possibly Europe. Although there are budget options and it’s undoubtedly worth a visit, be sure to take a little extra cash to really live the high-life in Milan – the fabulous shopping and restaurants alone will give your credit cards a work-out!

For some romance and a taste of la dolce vita, head to Venice. Most thinking of Venice imagine romantic gondola rides on the Grand Canal, supping cappuccino’s and lattes in little cafes, eating pasta, drinking a little fine wine, and whispering sweet nothings to your loved one during a lazy stroll on a narrow street – yes, that pretty much sums up Venice!  Rightly one of Italy’s major tourist destinations, you won’t be bored. Perhaps one of the best past-times is getting lost. By heading into the centre and simply exploring the maze of streets you’ll see the real Venice, meet fascinating people and return home with the best finds and stories. Of-course there are lots of famous sites to see if wandering aimlessly isn’t your style; St. Marks Basilica, Piazza San Marco and the Rialto Bridge to name just a few, but nothing is better than finding your own love for Venice  – then letting everyone else know about it your own youtube videos! 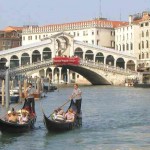 The large, impressive city of Rome, Italy’s ancient capital, is one of the country’s most popular and much loved destinations and our number one choice for good reason. Rich in history, culture, art and character, it’s a vibrant and colourful city that should be visited at least once in your lifetime. A place of significant historical importance, it homes many of the most notable works of art and roman artifacts in the world, it’s architecture is astounding and you can’t help but marvel at the famous city sites like the Roman Colosseum and Forum. 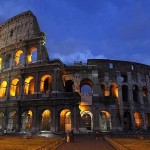 Throughout history Rome has featured heavily with many famous characters calling Rome their home at one point or another. A few days will never be enough to explore all Rome has to offer; from statues and museums, churches and cathedrals, to restaurants and bars, it’s impossible not to appreciate your time spent in this fascinating city!