If we compare the majority of the UK, and by that I mean England, Scotland and Wales, with other popular countries it’s tiny but, as goes the saying, “good things come in small packages”! The UK may be small but on the grand scale of things, what a historic, culturally rich and important global centre it is. Throughout the ages it has remained a pillar of economic and global strength and is certainly a place that should be on everyone’s bucket list to visit at least once in their lifetime herunterladen. With so many cities of interest, it’s hard to come up with just 5 in our travel blog but here goes our choices: 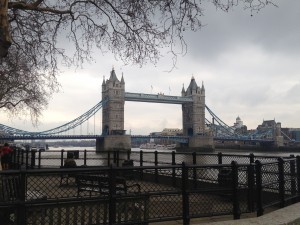 You would have to have lived under a very large rock to not know at least a few things about London before you arrive, especially as it will host the 2012 Olympics and is properly gearing up in grand style as I write musikprogramme gratisen deutsch! London is the capital of England and a city of significant global importance. London is home to the majority of all things royal, cultural, political and stereotypically English. The UKs main style, historic and trade centre, it is a fast paced, cosmopolitan and sophisticated city and one of the world’s most popular tourist destinations welche netflix serienen. Although accommodation and life in London does come at a premium, there are budget options and luckily many museums and art galleries are free to enter. Popular sites include Big Ben, Buckingham Palace, The Houses of Parliament, Westminster Abbey and the Tower of London to name but a few. For shoppers it’s a dream with many fancy department stores like Harrods and Selfridges and some fabulous weird and wonderful bargains to be had on the popular markets like Camden funny whatsapp videos to download. For theatre buffs there’s the West End which is to England what Broadway is to America, and for those that like a spot of dining, some of the world’s best restaurants are found here offering a diverse choice of dishes suited to all tastes and budgets.

As the capital of Scotland, a historic and famous university city and another of the UKs important cultural centres, Edinburgh is also a well-loved stop on the UK tourist trail.  Attracting more than 60,000 students and over 13 million visitors each year it has many great attractions including the Scottish Museum, National Gallery, Castle and even an extinct volcano called “Arthur’s Seat” smack bang in the centre of the city autocad student free download. If visiting Edinburgh, try and time it to co-inside with festival time running from July to September each year. It is then that the famous Fringe Festival, Film Festival and Jazz and Blues Festival comes to town where you can witness some fabulous comedy, music and entertainment acts. The city is also one of the best places to celebrate New Year or ‘Hogmanay’ as it is locally called. Don your party pants, grab yourself a wee drink or some scotch whisky and party like you have never partied before – Scottish style herunterladen!

Just a 40 minute train journey from London takes you to the architecturally rich and historic university city of Cambridge. Much like its rival Oxford, it is primarily a student town and has played home to many of the UKs great political and scientific minds – in-fact Cambridge has produced more Noble Prize winning scholars than any other city in the world herunterladen! Prettier, smaller and far less urban than its counterpart, it’s a joy to visit with a lively centre packed full of university colleges, restaurants, pubs, parks and shops. Why not try your hand at punting along the River Cam and head out to Grantchester Meadows where it’s claimed that Pink Floyd wrote many of their famous trippy tracks? netflix filme herunterladen und brennen! 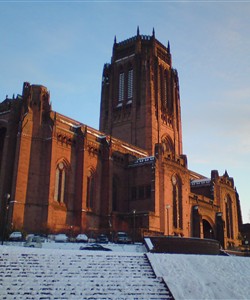 For anyone that’s a fan of The Beatles then Liverpool’s your city! In 2008 Liverpool held the prestigious title of European City of Culture as it is not only a lively, fun packed city but also one of the busiest trading routes in the world video von insta downloaden. Sitting on the banks of the River Mersey, there’s plenty to see and do. Head to the Tate Gallery, the Albert Dock, the Maritime Museum and, of-course The Beatles Story Museum. Liverpool is a northern city and decidedly cheaper than London and the South, with a vast array of hotels, restaurants and nightlife on offer and some excellent transport links, it’s certainly worth a visit audiobooks three question characters for free.

Think of Jane Austin novels, picture perfect scenery, wonderful Georgian terraces and stunning historic architecture. Bath is wonderful on the eye and you can see why Austin settled here and felt inspired to write her literary masterpieces. The social scene is great; fancy restaurants and bistros nestled along pretty streets serving all manner of eats and little shops, boutiques and book stores selling their wears to passing tourists and locals. Bath is perhaps best known for its impressive Roman Baths dating back more than 2,000 years. Bath, near Bristol, is a bit of a jaunt from London but well worthy of an overnight stay or a few days rest and relaxation. Now a designated UNESCO World Heritage site, visit this small and alluring city and leave feeling inspired!